The benefit of carbon dioxide automated angiography in FEVAR

Background: Contrast-induced nephropathy is a possible adverse event in fenestrated endovascular aneurysm repair (FEVAR). Automated carbon dioxide (CO2) angiography has been proposed as an alternative to iodinated contrast medium (ICM) for standard endovascular aneurysm repair; however, its use in FEVAR has not yet been investigated. The aim of this study was to analyze the possibility of reducing the amount of procedural ICM during FEVAR by combining CO2 with intraprocedural three-dimensional  preoperative computed tomography angiography images overlaid on two-dimensional live fluoroscopy images (fusion imaging [FI]).

Conclusions: CO2 + FI is safe and effective in FEVAR and allows the amount of ICM to be significantly reduced, leading to shorter hospitalization time and better renal function preservation at 30 days. Technical success, procedure and fluoroscopy time, radiation dose, and 6-month reinterventions are comparable with those of the standard ICM imaging protocol for FEVAR. Based on this preliminary experience, CO2 + FI may be proposed as an effective tool to reduce the overall amount of procedural ICM, with consequent benefits on perioperative renal function. (J Vasc Surg 2020;-:1-11.) 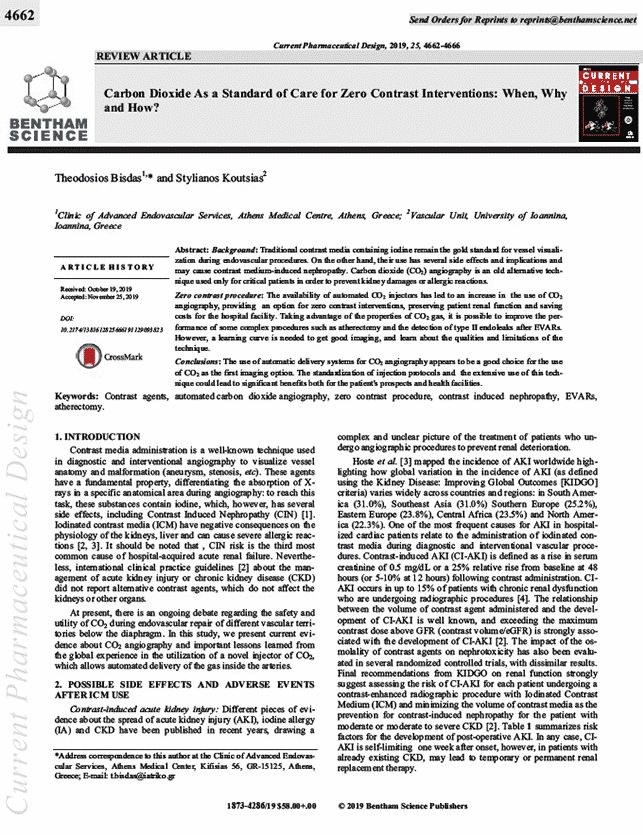 Carbon Dioxide As a Standard of Care for Zero Contrast Interventions 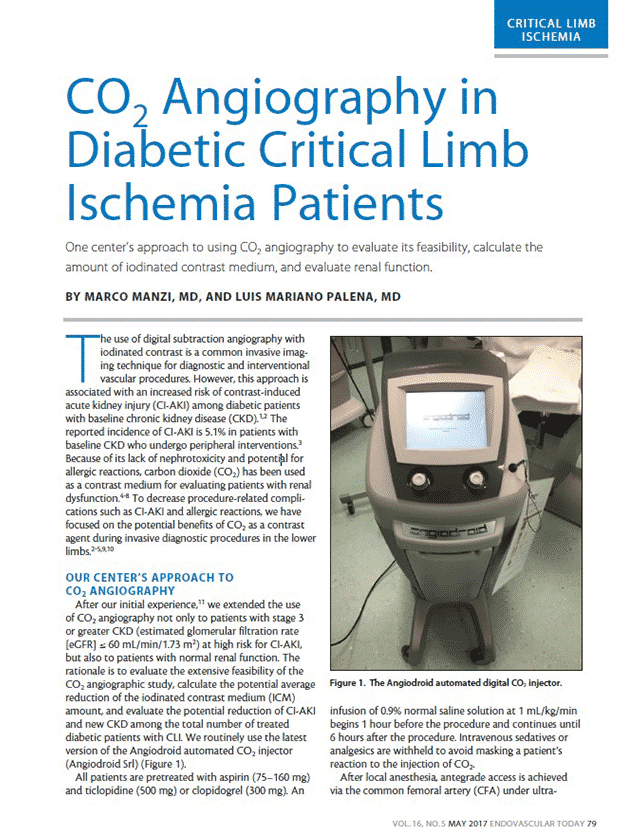 The use of digital subtraction angiography with iodinated contrast is a common invasive imaging... 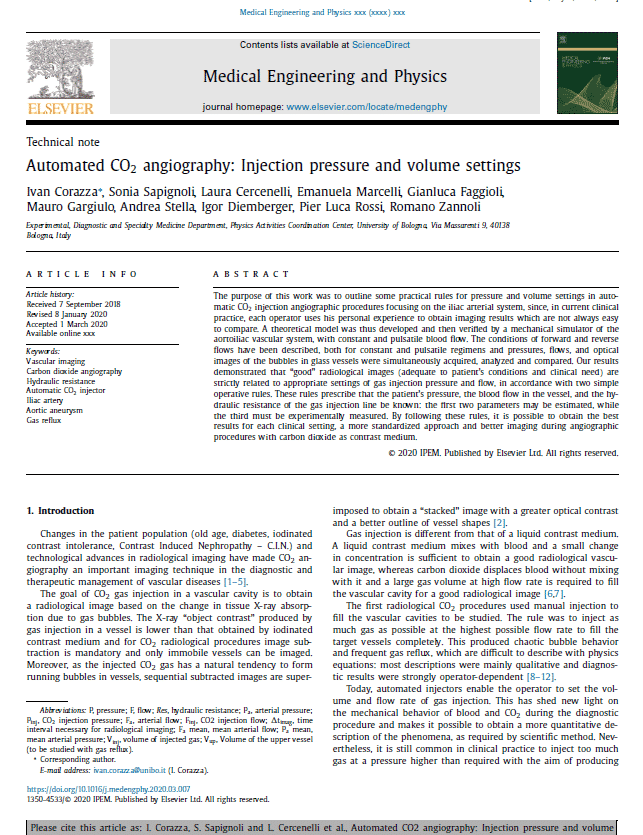 The purpose of this work was to outline some practical rules for pressure and volume settings in...